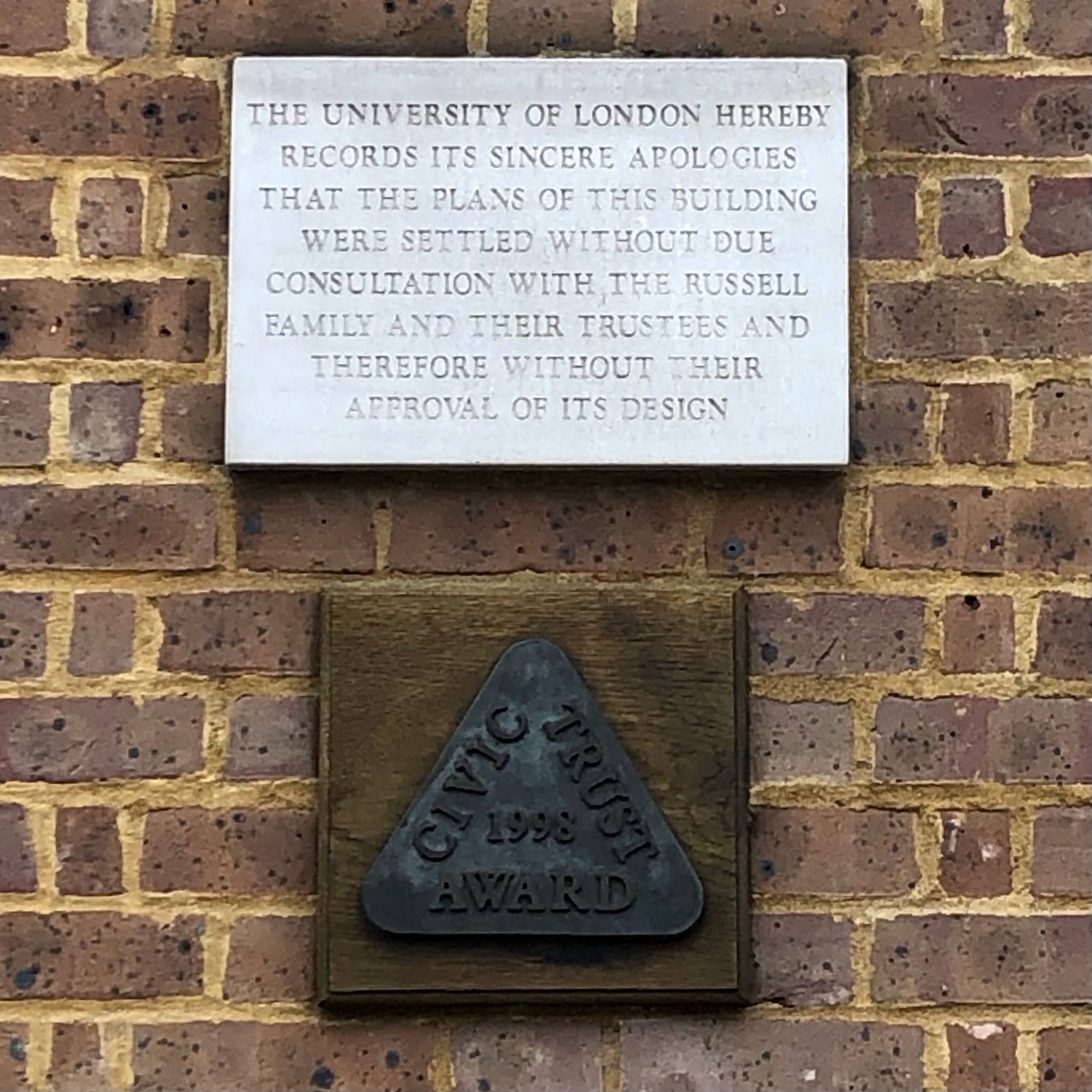 This is the Brunei Gallery at the School of African and Oriental Studies at University College London. The building was commissioned and completed in the 1990s to the designs of Nicholas Hare Architects. It's not one of the stand-out buildings in Bloomsbury but seems inoffensive and the proportions harmonious with its neighbours. It would also have passed a rigorous planning approval process.

So why is there that apology, inscribed in stone, placed very noticeably by the front door on the principle facade? It reads “The University of London hereby records its sincere apologies that the plans of this building were settled without due consultation with the Russell family and their trustees and therefore without their approval of its design”.

The University sits on land known as The Bedford Estate, which, since the 1660s, has been held by the Russell family. Although most of the land was sold off, the estate retains the central core. The British Museum and University have the power to compulsory purchase land within this area, with the condition that the family would have the right to approval of buildings facing certain views.

It seems that the family was not adequately consulted about the plans and the University proceeded anyway. We can conclude that the plaque was the compromise reached with the family but that the journey to this compromise would have been somewhat fraught.

The last laugh goes to the University, however. The completed project received a Civic Trust Award, placed directly below the apology.