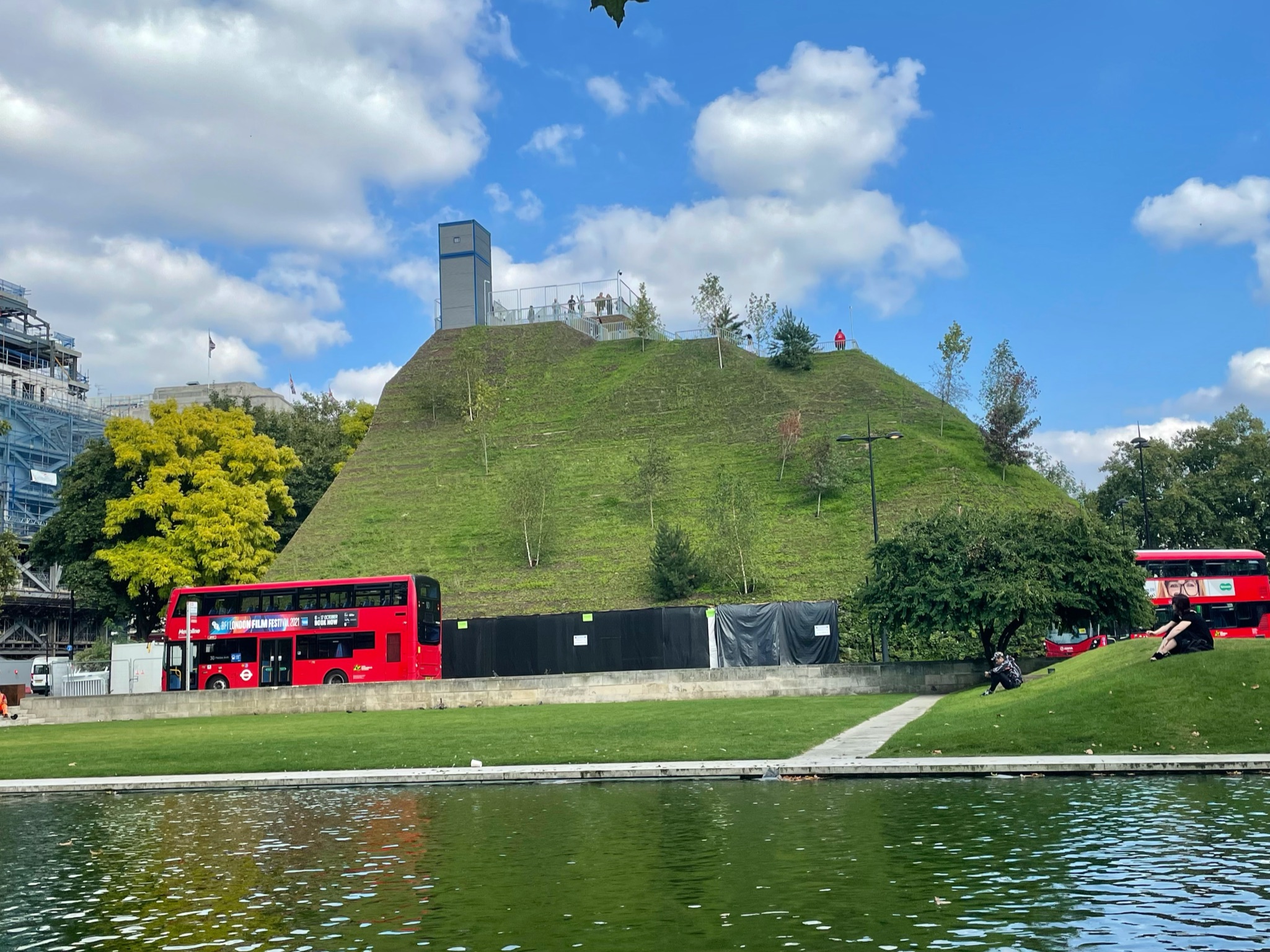 In 2004, Dutch architects MVRDV were invited to design the Serpentine Pavilion. This temporary structure, assigned annually to an overseas architect, usually marks an upward trajectory towards further ambitious projects in the UK. MVRDV's eye-boggling design proposal was to cover the existing Serpentine Gallery with a grassed hill. It would have been a monumental exercise, massively over budget and programme. At the time, Serpentine Gallery director, Julia Peyton Jones referred to it as a "heroic failure".

Fast Forward to 2021. Seeing Architecture this week visited the recently opened Marble Arch Mound, by the same architects, MVRDV. Commissioned by Westminster Council as a landmark to draw visitors back to London's principal retail street, Oxford Street, this £6million project has been lambasted by the press as "Tellytubby Hill" and "Mound Zero".

On paper, the idea of a green observation point may have seemed like an Instagrammer's dream. I found it surprisingly hard to find any camera angle worthy of Instagram. In its favour, the original £8 entry price has been discarded, although the accountants at Westminster Council may not agree that this is such a good thing. There were no queues on the sunny day I visited and, remarkably in these pandemic days, no need to book online. There was a quick bag check and then follow the route. This essentially involves climbing several flights of a clunky, galvanised steel stair, looking at the view from a observation deck which is reminiscent of hastily erected pedestrian diversion, and take another stair down, weaving through the underside of the "hill".

There are so many locations in London for breathtaking skyline views but Marble Arch is not one of them. This awkward corner of Hyde Park is a gyratory system for traffic and the park views are treetops rather than sweeping vistas. The lift shaft and it's over-run also block views. More interesting for me was the descent, a forest of scaffolding pipes that is not shielded from view, akin to the scaffolding holding up the historical facades of a movie set. The illusion is destroyed but I did wonder if some more theatrical lighting might have improved this awkward return route.

The greatest missed opportunity of the project is the lack of interesting and abundant planting. Rather than the sedum matting and occasional spindly tree, I had hoped for a more lush or, at least, more unexpected approach to the soft landscaping. Architecture and landscape, when fully harmonious, give us the greatest sensual delight. When the former is masquerading as the latter, it has to be handled with great skill. Unfortunately, this pop-up lump offers very little delight.

In 2004, the Serpentine Pavilion was scrapped and left as a scheme on paper only. I wonder how many at Westminster Council are wishing they made the same decision.