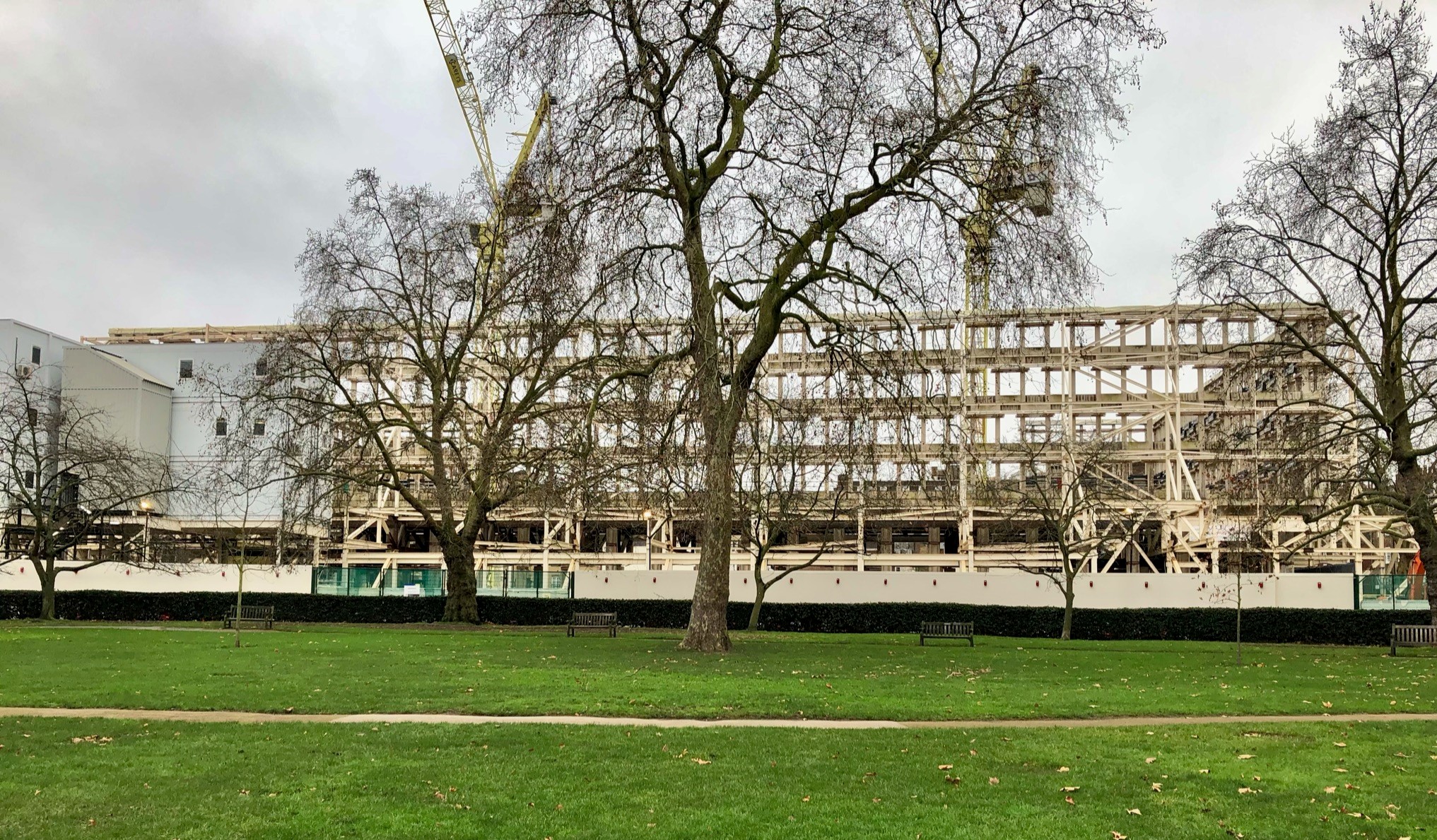 US Embassy Site: Stripped to the Bone

Construction work is finally proceeding on the conversion of the former US Embassy on Grosvenor Square to the new Rosewood Hotel. I use the word conversion ironically as this is a total transformation. All I could see when I walked past yesterday was the thin, concrete façade, delicately held in place by some expensive-looking steelwork.

This is the building that prompted President Trump to have a twitter frenzy when the site was sold and the embassy relocated to Nine Elms, Wandsworth; in his opinion, a “horrible” location. He even cancelled a planned trip to London to open the embassy in 2018, complaining the move to an "off location", south of the Thames had been a "bad deal". His ranting somehow made me warm to Nine Elms, at last.

The original building is the only UK example of the work of Finnish-American architect, Eero Saarinen. It was completed in 1960. Stripping it of its security bollards, barriers and forbidding eagle sculpture is certainly an improvement. Still, it is shocking to see how little of this Grade II listed building remains, now that the demolition contractors have gone to work.

The new hotel is designed by David Chipperfield Architects so we can expect the completed building to be assured and responsive to its mid-century heritage. It will be a 137-room luxury hotel for Rosewood. The developer is Qatari Diar and the construction contract has recently been awarded to Multiplex, according to Building Design’s website.

I wonder what Chipperfield might have designed if not constrained by the original façade, or was this the inspiration for the project design; much less intimidating than a large empty site in a prime London location, perhaps? Then again, if Saarinen’s modular façade has to be kept, what would really have been lost if it had been replicated using modern assembly techniques?

You can check out images of the proposed hotel on DCA’s website, here.

Looking forward to our walking tours recommencing in 2021, where we will see other examples of works-in-progress.