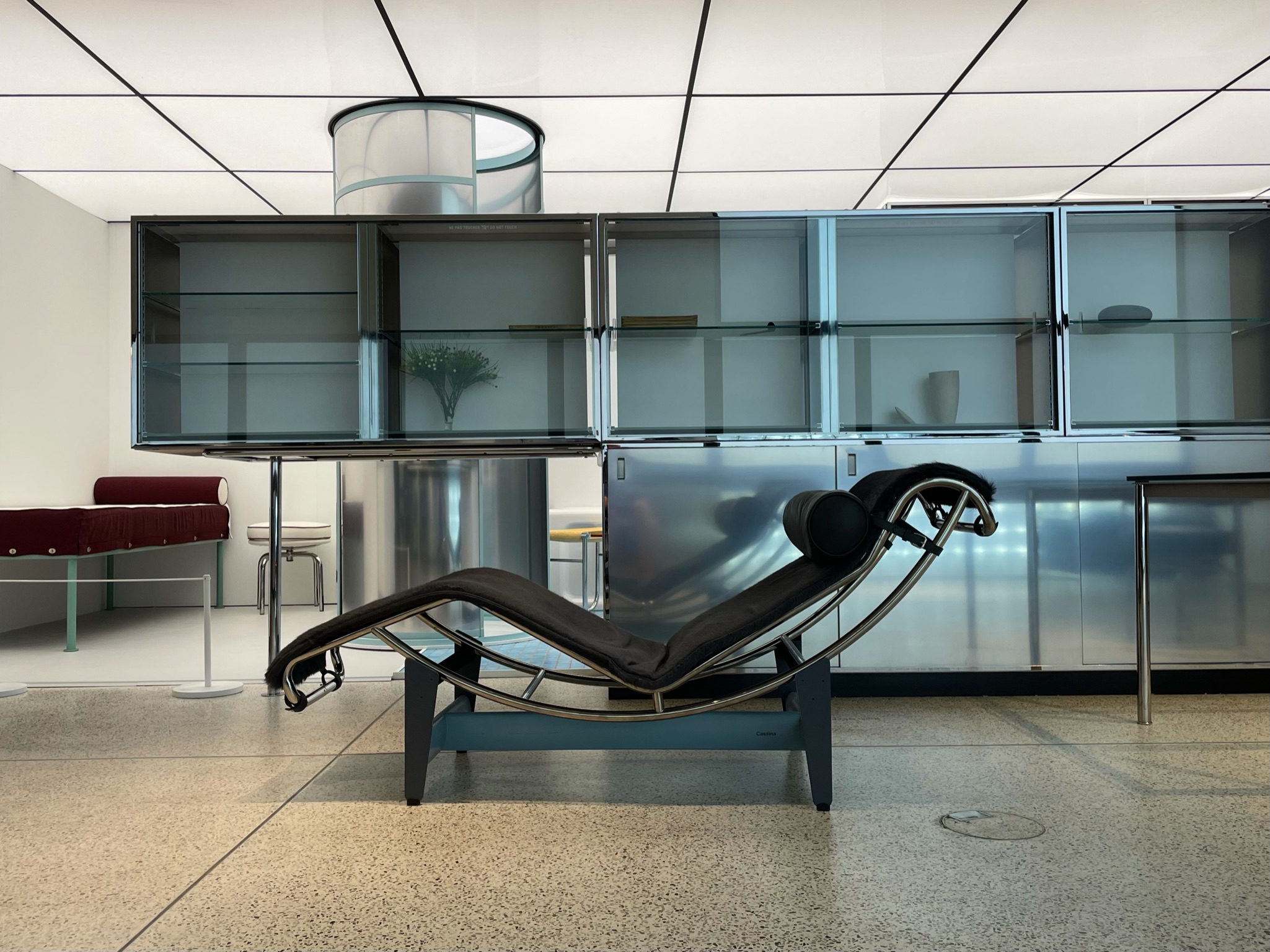 The current big exhibition at the Design Museum is an inspiration. It charts the work of Charlotte Perriand, one of the great names of 20th Century design.

The exhibition follows a more-or-less chronological sequence(thankfully) beginning with her collaborations with modernist master Le Corbusier in Paris. When she applied for a job at his studio, she was initially told “we don’t embroider cushions here”. However, once he recognised her talent they collaborated for 8 years. One of the highlights of the exhibition is the reconstruction of their single-room apartment for the Salon d’Automne in 1929. The whole space looks incredibly modern and aspirational, one of the few times when the term avant-garde really applies. Even better, visitors may sit on the surprisingly comfortable chairs, each one a design classic.

Despite the connection we make between Le Corbusier and Perriand, her career flourished for decades after their working relationship. I was intrigued by the reconstruction of the Air France travel agency that had stood on New Bond Street, London. The centrepiece of the design was a floor-to-ceiling bookcase, recreated in the exhibition. This was placed alongside a giant image of a Cambodian sculpture, intended to give customers a travel bug.

I felt the travel bug too, looking at the final room of the show, which focusses on her designs for the alpine ski resort of Les Arcs. Completed in the 1970s, it really shows how Perriand developed as formidable architect and urban designer. The video footage of the completed resort is mesmerising.

The exhibition runs until 05 September 2021. Enjoy the show and combine it with a summer stroll through Holland Park. The Kyoto Garden is a stand out.